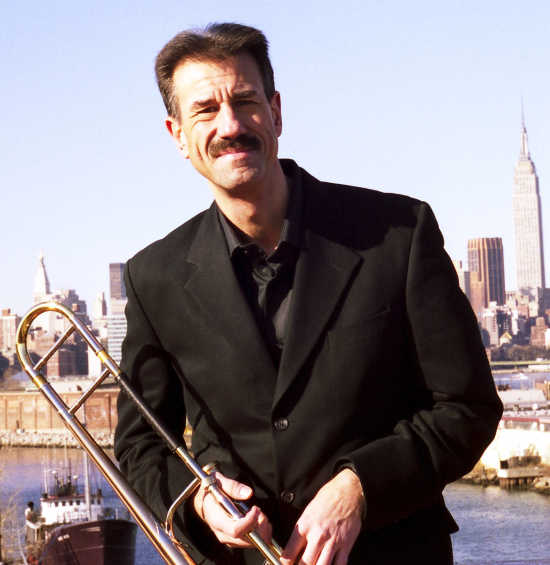 The DePauw Jazz Ensemble welcomes renowned trombonist John Fedchock to the Kresge Auditorium stage for a performance featuring the Grammy-nominated artist's original compositions Tuesday, April 21 at 7:30 p.m. in the Green Center for the Performing Arts.

Fedchock has soloed with many of the world's most prominent jazz musicians including Woody Herman, Louis Bellson, T.S. Monk and Gerry Mulligan.

A distinguished, in-demand studio musician, he has also achieved critical acclaim for his work as a producer and arranger on several recordings, including "New York Big Band" and "On The Edge."