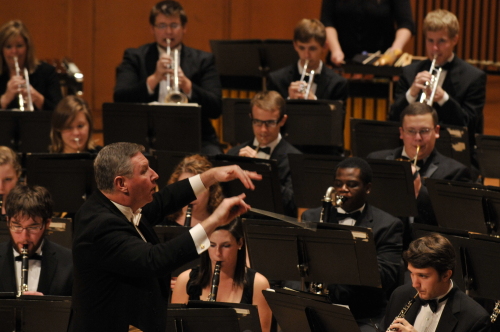 The music of the DePauw University Band has been featured on Wind & Rhythm, a weekly radio program carried on select public radio stations. This week's episode, "A Birthday for Our Country," can also be heard as episode 389 at windandrhythm.com and via the player at the end of this story.

"Being recognized solely for the quality of our recorded performances is a true honor," said Paré when the band was previously featured on the program. "And to be featured internationally, alongside the preeminent professional and graduate school ensembles in the United States is, well, frankly, overwhelming."