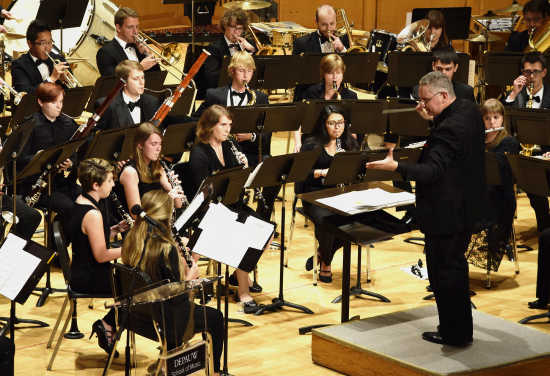 The DePauw University Band, directed by Professor Craig Paré, will commemorate the 75th anniversary of Pearl Harbor during its Sunday, Nov. 13 concert with a performance of Richard Rodgers’ stirring soundtrack to the early television series “Victory at Sea” that documented the battle of the Pacific during World War II.

The performance will be presented at 3 p.m. in the Green Center’s Kresge Auditorium.

Continue reading at The Banner Graphic